skip to main | skip to sidebar

Guillermo Vargas Habacuc, otherwise known as Guillermo Vargas Jimenez, has been accused of starving a dog to death. Vargas added the controversial piece to his Exposicion N° 1 in the , Codice Gallery in . The artist removed the dog from the street and had it tied to a small rope in an art museum as part of the larger exhibit. While there, the animal was rumored to have been deliberately starved to death in the name of artistic expression. Undisputed is the fact that the dog was not aided by any of the patrons of the gallery during the time of the exposition. Patrons merely walked by the emaciated stray and read the sign on the wall behind it spelled out in dog food. The words “Eres Lo Que Lees” or you are what you eat, was the message of that sign. The gallery owner reportedly stated the animal did not die, but escaped. It has nonetheless been called a 'shameful masterpiece', and elicited the condemnation of such practices as inhumane treatment of animals on a multinational scale.

Vargas stated that the controversy only highlighted the point of his exhibit which was to illustrate a certain hypocrisy present in people. He said he had been inspired by the death of man named Natividad Canda, an indigent addict, who was killed by two rottwielers in . Apparently people were so moved to see the gruesome attack, that all of them stopped to watch. Police, firefighters and security guards all stood by as a news camera filmed the ‘event’. Nobody assisted the purported addict as he was bitten and chewed. Vargas named the dog Nativity after the man who died of neglect while surrounded by options for salvation. His piece voiced his condemnation for man; in return he was condemned.

The exposition included several other ‘shock value’ pieces. One of which contained the burning of 175 pieces of crack cocaine and an ounce of marijuana while the Sandinista anthem played backwards in the background. It is obvious to this writer that this is an artist unafraid of testing the emotional capacity and reason of his patrons. However, since when has that become a bad thing?

Words such as “bad” can be so easy to throw around when judgment is attached. The piece undoubtedly had great impact and in that sense it worked. People were moved. People who could not judge themselves; instead condemned another.

Vargas studied to be a special education teacher at the Universidad Interamericana de Costa Rica. He did not graduate, but instead began to describe himself as a self taught artist. There are many such artists world wide. The value of their contributions cannot be judged by the level of official education they may have acquired. The contribution of this piece has been enormous. Vargas has exhibited in , and as well as one installment in the . He was given the honor of representing at the Bienal Centroamericana in November, 2008. He has won two awards for his work that this author could find. As an added note, with all of the petitions that have been signed, it is Vargas’s own statement that he has himself added his own signature. In truth, every artist does when the piece is complete. 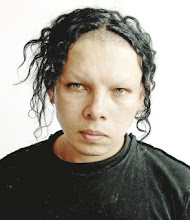 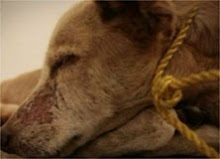 Carolyn
A woman on a quest for artistic satisfaction.